Think Language is a campaign designed to raise awareness to cultural differences and to increase acceptance of these differences through language. Research shows that there are distinct differences amongst the way people perceive the world around them simply based on the language that they speak.

The video developed visualizes this research and engages the audience in a new possible perceived world that is only attainable by learning a new language. The posters accentuate this message, and allow the same message to be displayed in places that are not as easily accessible in video format.

The approach I took with this project includes a split screen to clearly see the differences between the understandings of the world through different languages, with two different saturation levels to heighten the vivaciousness that comes with more culture.

You can send me an email and I'll get back to you, asap. 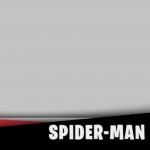